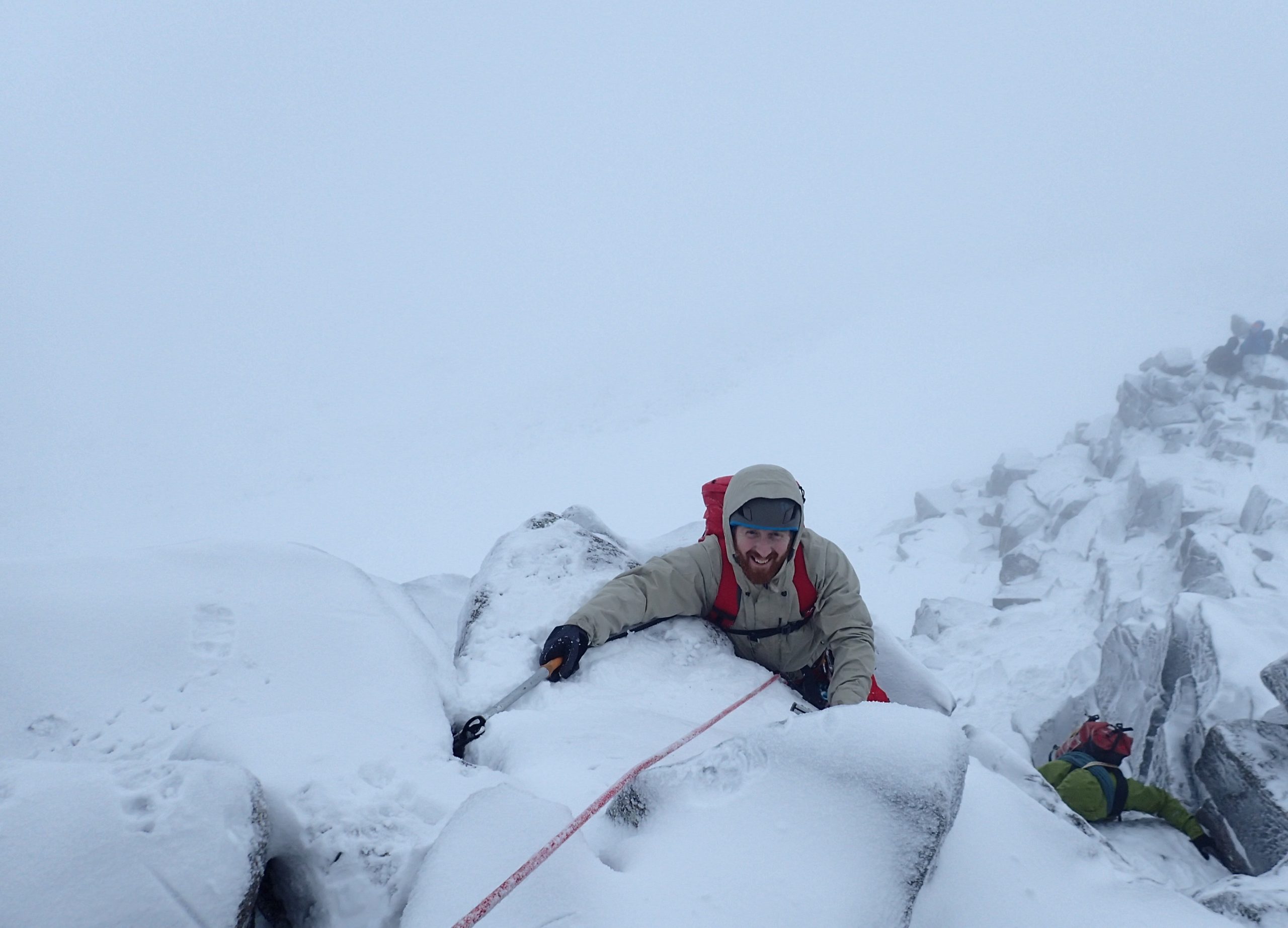 I’ve just spent the last four days on an intro to winter climbing with Ray and Ciaran. Thankfully the windy weather of the last few weeks seemed to have run out of puff…..(for now!), and we enjoyed four rather settled days on the hill. 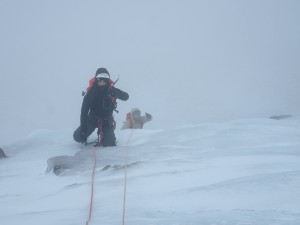 Topping out on the last of the Moraine ice

Although the stormy weather had past, it had left behind quite a lot of wind slab, meaning getting to the majority of routes still remained a challenge. So after some winter skills and basic movement on snow, day one saw us getting away from the crowds (and the wind slab) to enjoy a few pitches of ice above the moraines in t-Sneachda. Certainly not the classic line of the corrie, but it provided us with a great introduction to ice climbing technique and the use of ice screws, what more could you ask for! 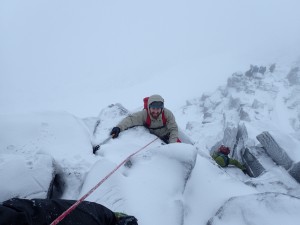 After our day on ice we headed for twin ribs and Fiacaill ridge on day two, to get to grips with using axes and crampons on mixed terrain. The ridge was in fairly good condition with good neve on the windward side. The crest itself was holding a little bit of powder, but the cracks were all dry making for fairly good climbing. 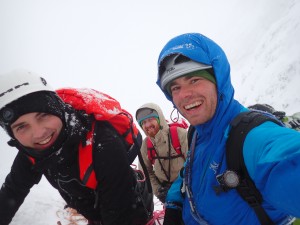 Team selfie on the Ben!

Bringing it all together on day three we headed west for Ben Nevis. With a few options in mind we eventually found ourselves on number three gully buttress. The route proved to be hard work and slow going at times, with any useful ice on the first few pitches buried below crud, and the rocky terrain on the upper pitches covered in powder, the full Scottish winter experience! 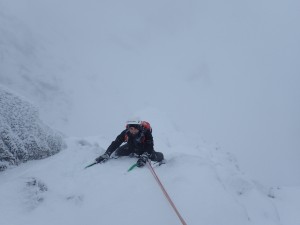 For our final day we headed back to the Cairngorms. Due to travel arrangements we had to be off the hill fairly early so decided on a short day out in the Ciste area. 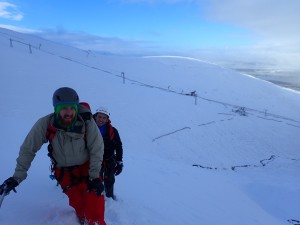 Blue skies to finish off the week

We headed up into number two gully and spent some time looking at snow belays, an essential set of skills for any aspiring winter climber. Although there was a lot of fresh unconsolidated snow lying about there was super hard neve below, meaning that we were able to look at just how strong snow anchors can be when made in good snow. 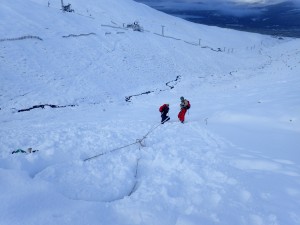 Testing a snow bollard in the ciste

All in all a great few days, and nice to be out in a windless Scottish winter, here’s hoping it lasts a little bit longer!