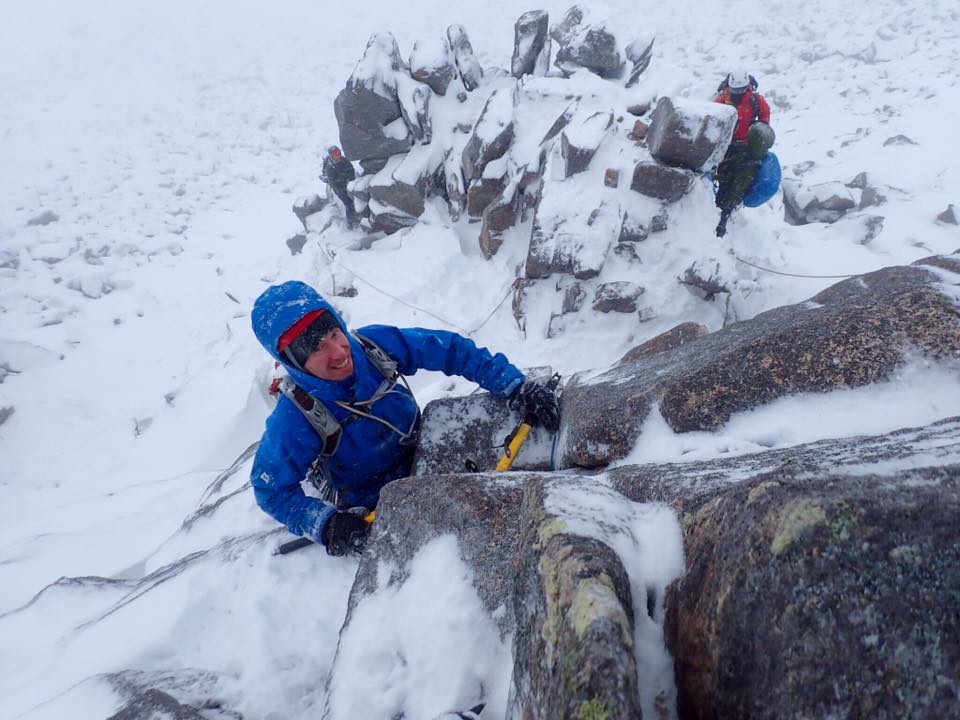 Last week I had the pleasure of running a winter learn to lead with Henry and Collie. 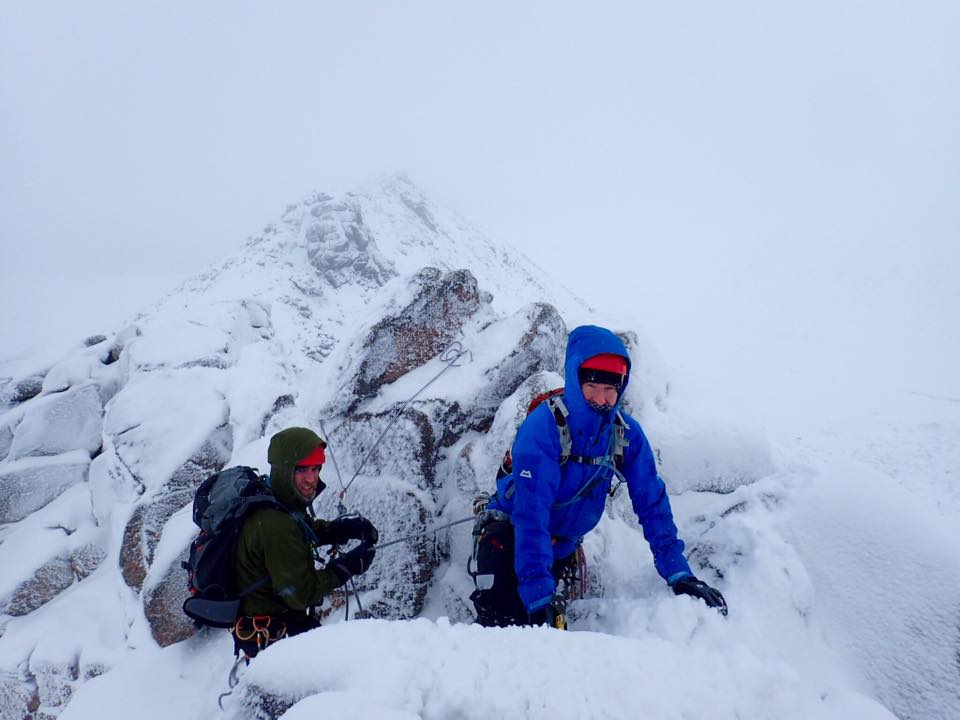 Henry and Collie putting the weeks skills to practice

This year has been a fairly tough winter in terms of conditions, with any dumps of snow quickly being stripped by subsequent thaws. We started the week with a fairly diminished snow pack and a real lack of options in terms of winter climbs. Thankfully where theres a will theres a way, and through good route choice we managed to stay safe and climb everyday. 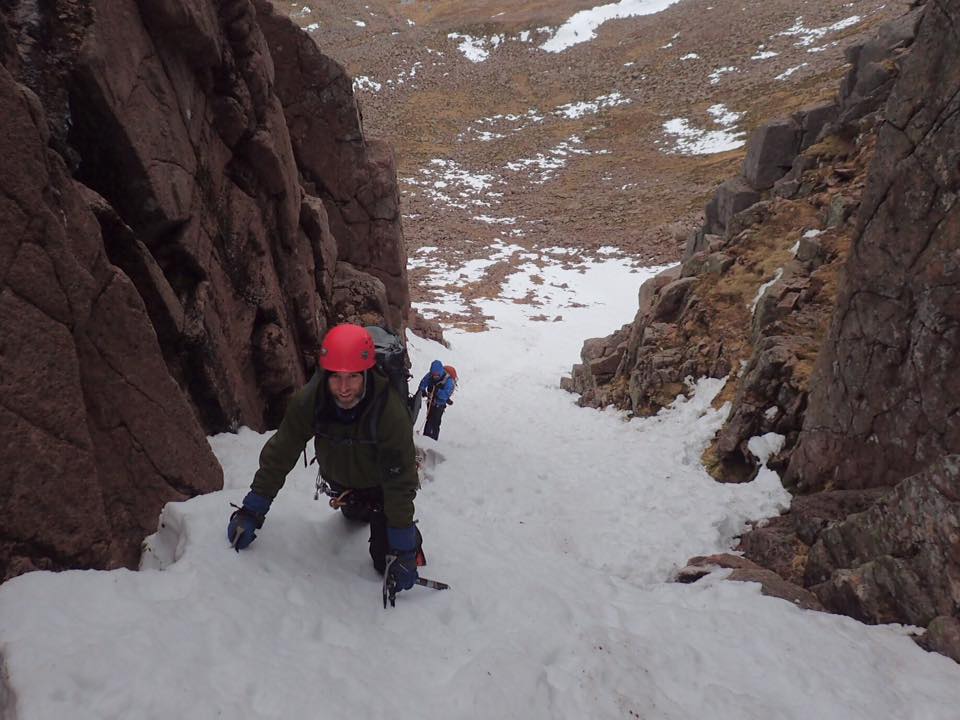 We started with a couple of days in t-sneachda reviewing gear placement and belay construction before Henry got on the sharp end to take us up Jacobs Ladder.

Mid week saw a return to winter with the arrival of storm Dorris. Although the arrival of winter is always welcome it brings back a new set of challenges, as fresh snow fall and strong winds are two key ingredients of avalanche building conditions. With strong westerly winds and fresh snow we opted for the east ridge of Beinn a Chaorainn. The easterly aspect gave us plenty of shelter from the high winds, whilst the shape of the ridge minimised the accumulations of fresh windslab. 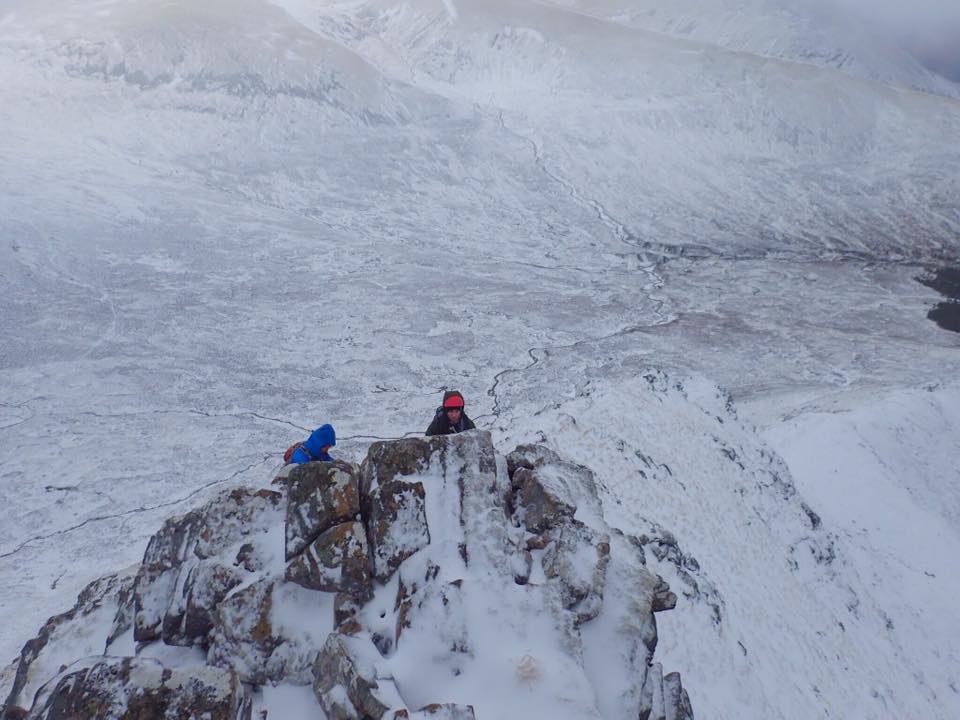 East ridge of Beinn a Chaorainn

Avalanche avoidance was the theme of the next few days, and with a lot more snowfall than forecast arriving in the Cairngorms. On Thursday we decided to head straight for the Twin ribs rather than walked into the corrie as initially planned. With stories of spindrift avalanches going of everywhere in t-sneachda we definitely made a good call!

Collie getting stuck in on the twin ribs

Building on the decisions we had made throughout the week, Henry and Collie came up with our route choice for the final day. With light winds but considerable avalanche hazard they chose to head for Fiacaill ridge. A wise choice, and by the numbers of other people heading that way a good decision that lots of others had also made. 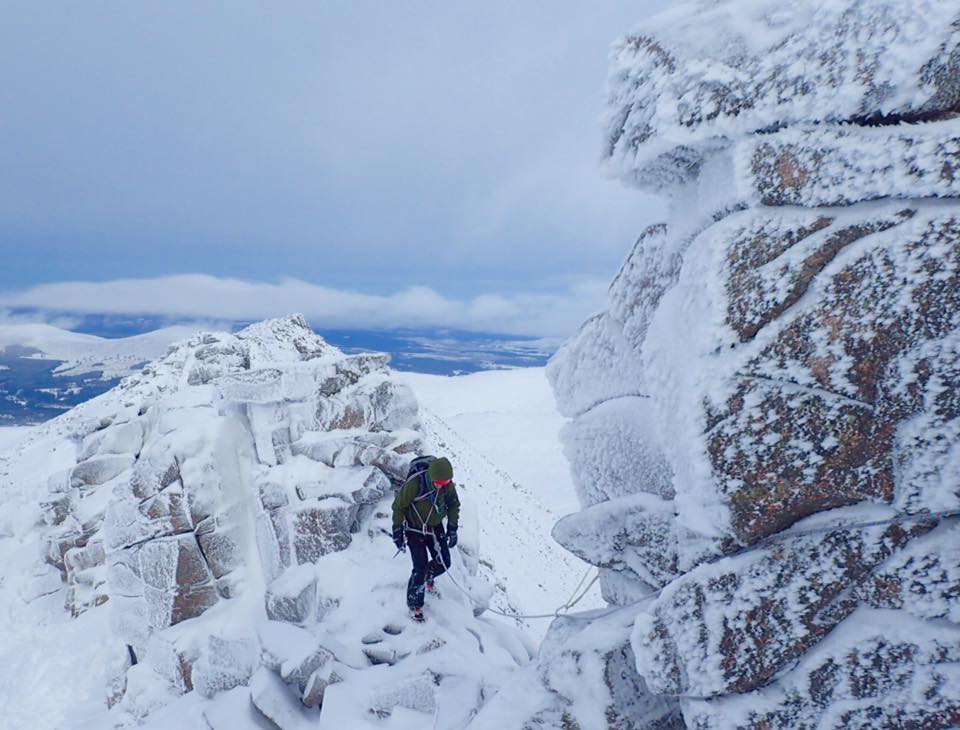 With such changeable conditions over the week it really highlighted the importance of gathering as much information from the weather and avalanche forecasts before coming up with a plan, theres no point being able to build belays if you get avalanched approaching your route! Well done to Henry and Collie on a great week, good luck with your future winter climbing careers!