A wild day on the west 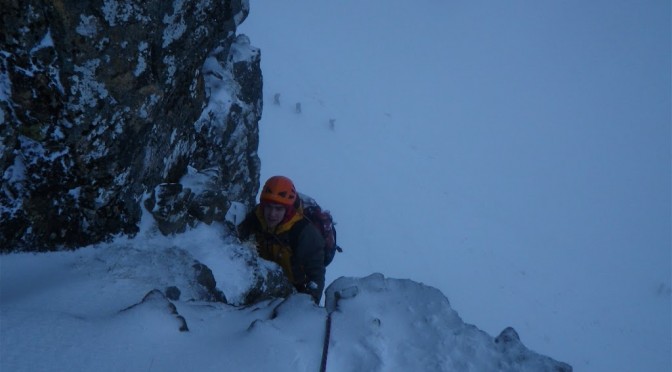 Bit of a stinker today, windy with shower after shower moving through, the plan had been to go do something low on the Ben, but after looking out the window this morning bed was much more appealing!  After chatting with a few guys who went up and had a look i was reassured that bed had been a good call!
Was out yesterday with Mikey, headed up to Lochan and climbed the first few pitches of Ordinary route, it was my first buttress route of the season, so it was great getting onto some mixed ground, a nice change to the snow and ice of the last week.